The columns represent an extremely elongated format. 170 to 200 cms by 40 cms, they are very large and painted from both sides. The figures are confined by the outlines of the body and often cut out around the edges. The proportions have been deliberately altered. There is no right or wrong. The original portrait is created in laborious phases, receiving 20 to 30 coats of varnish, which intensify the colours and achieve maximum brilliance. Next, the silhouette is cut out. The reverse side now hangs in the studio, waiting with its white grounding for its counterpart to be found. This process can take a long time, because the image needs a counterpart which matches both the existing content and the outline. The figure and its appearance, the gestures and facial expressions still have to be found. Some columns can take more than a year to complete.
These ‚double portraits‘ are presented between two sheets of perspex and suspended from the ceiling, enabling them to rotate and allowing us to view both figures. 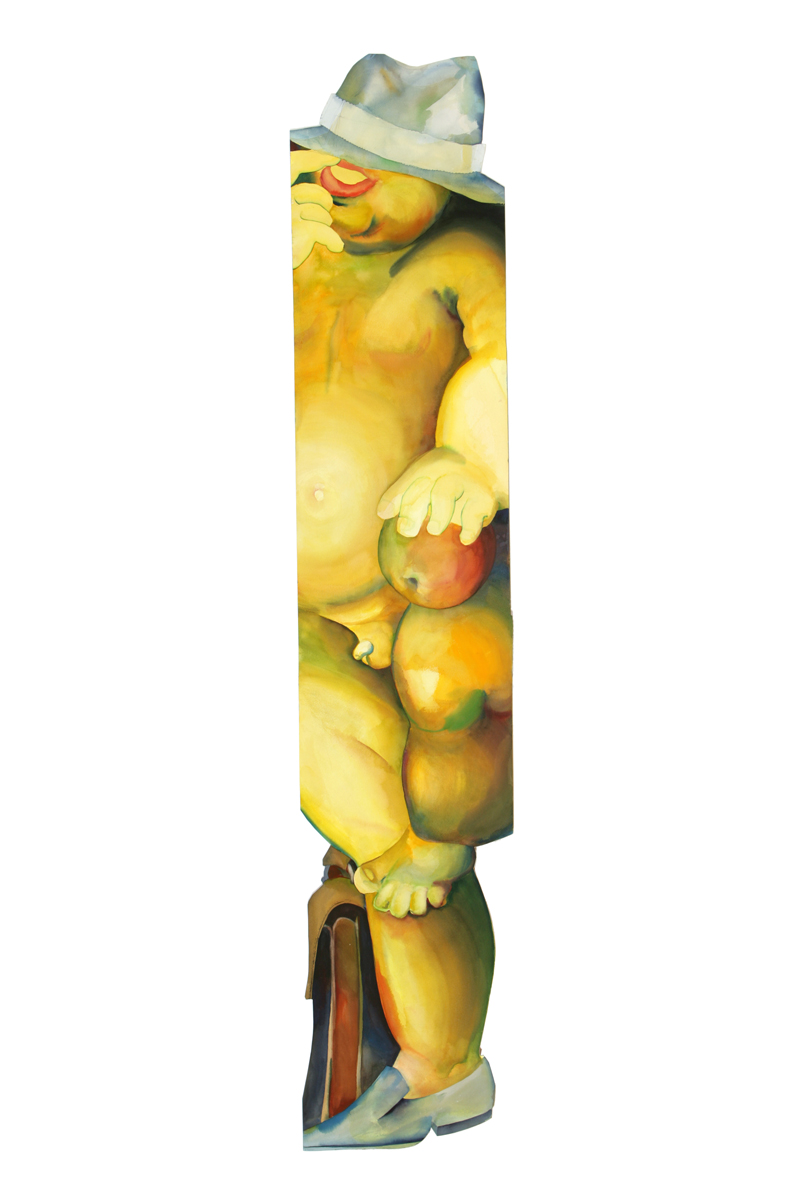 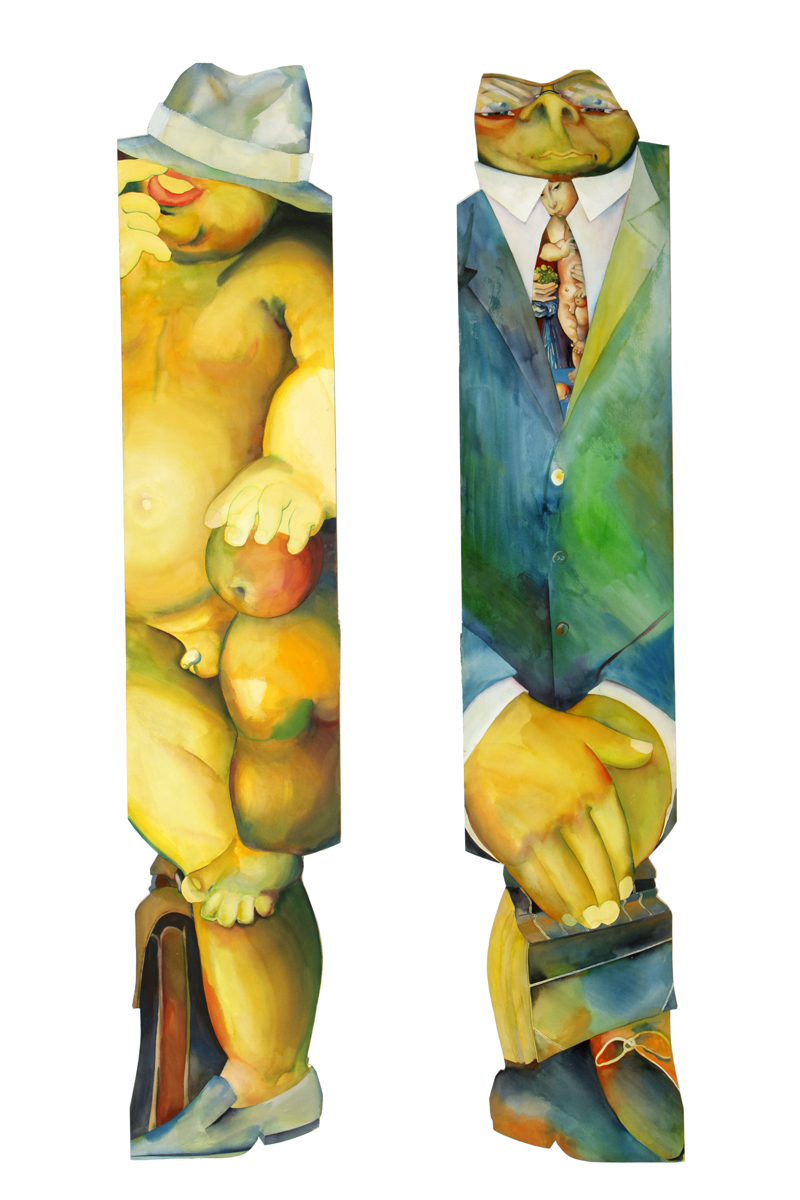 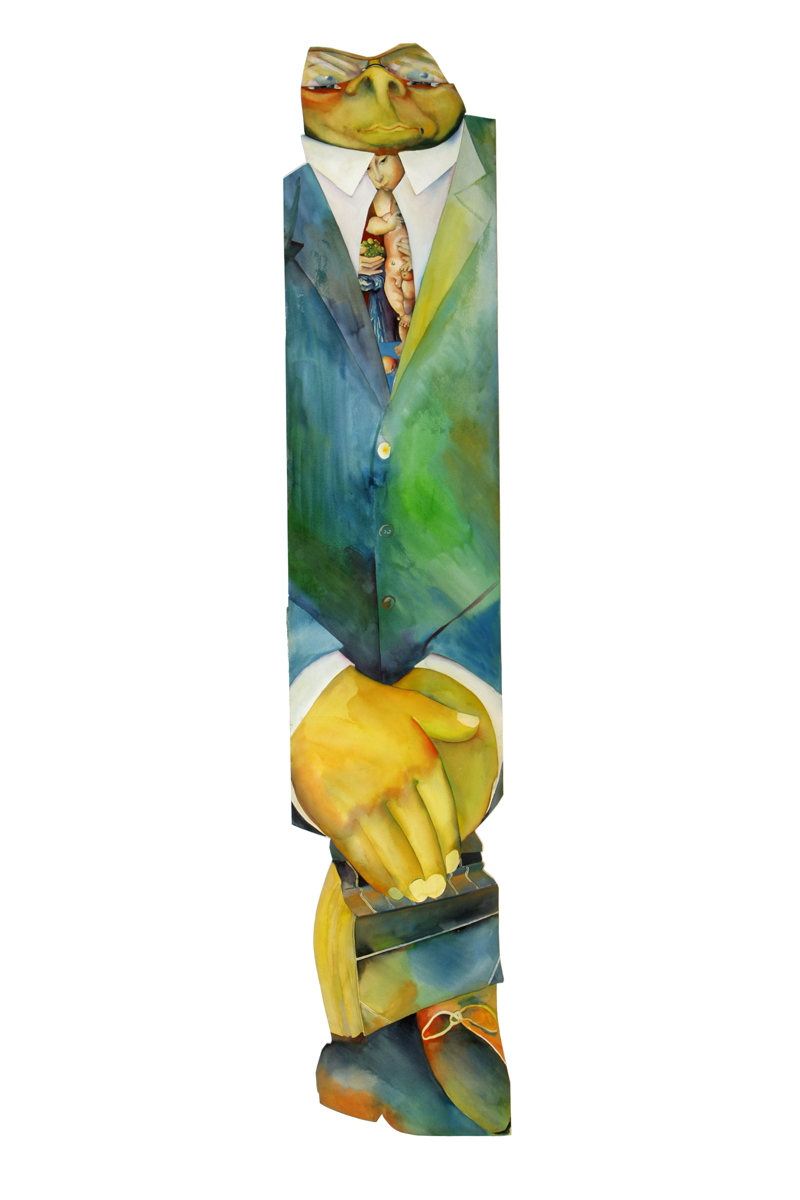 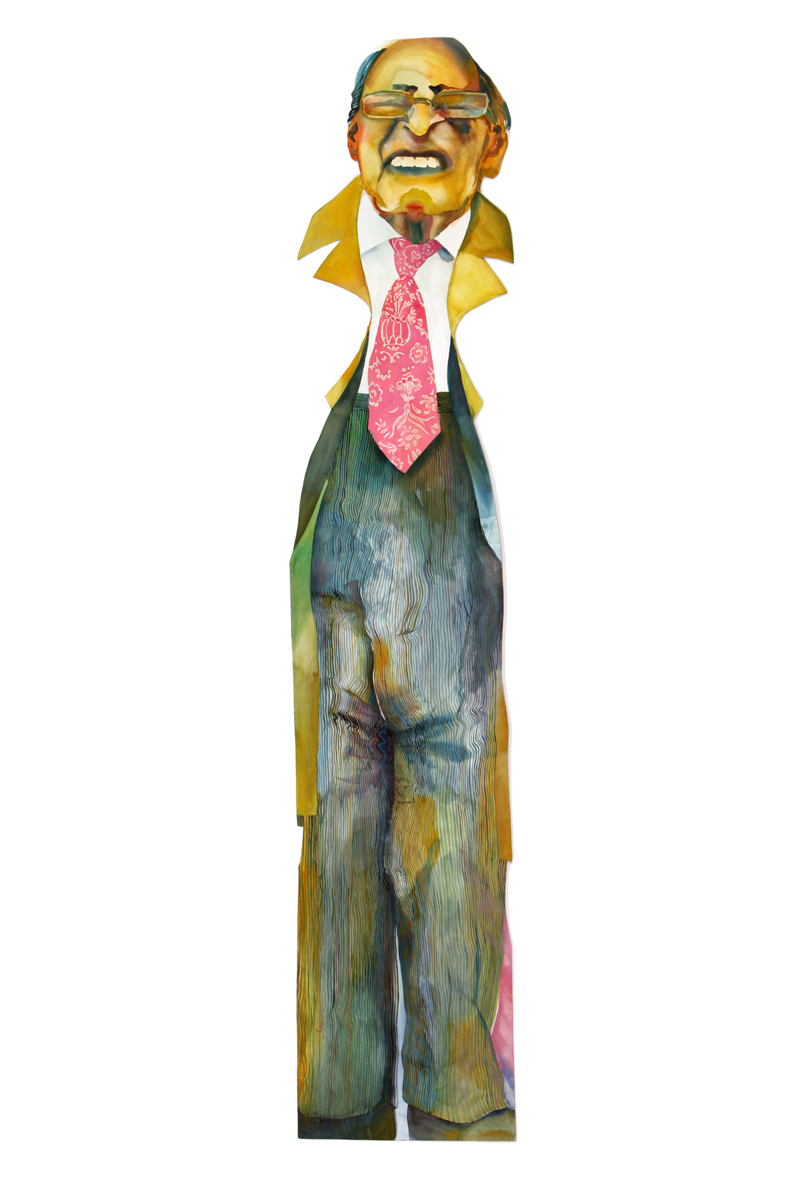 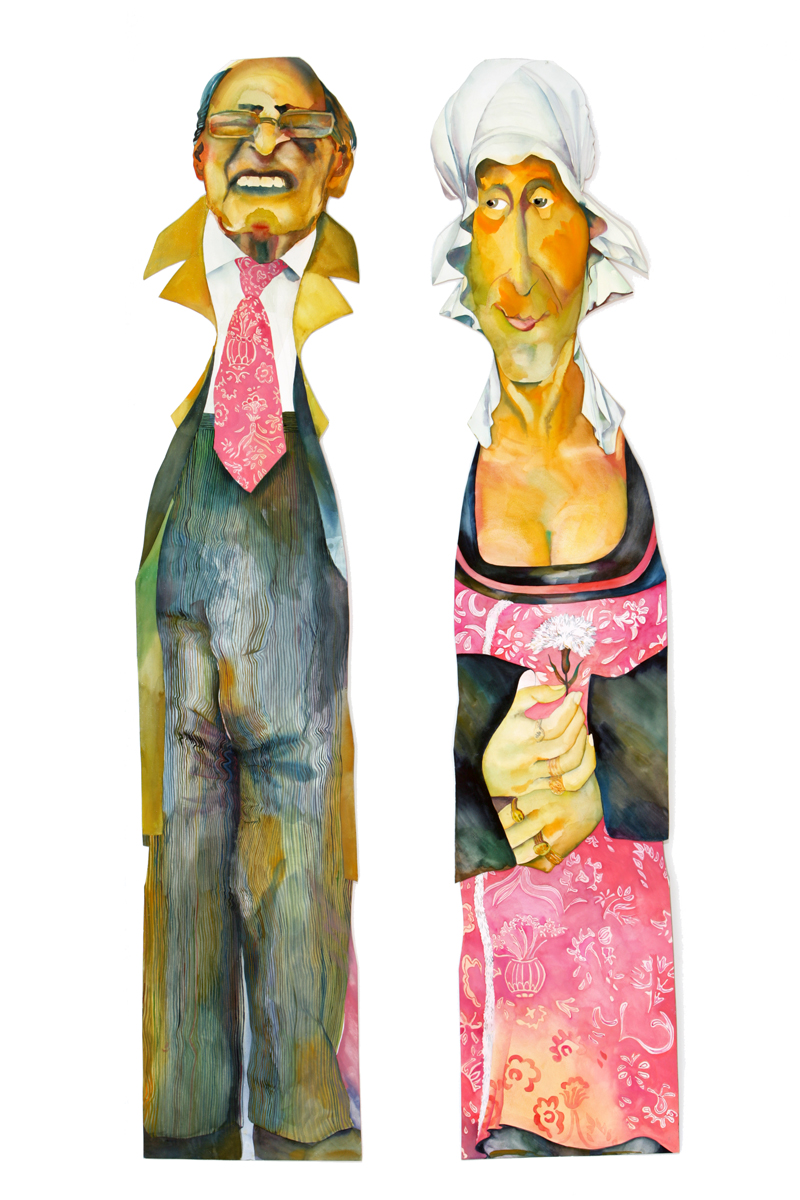 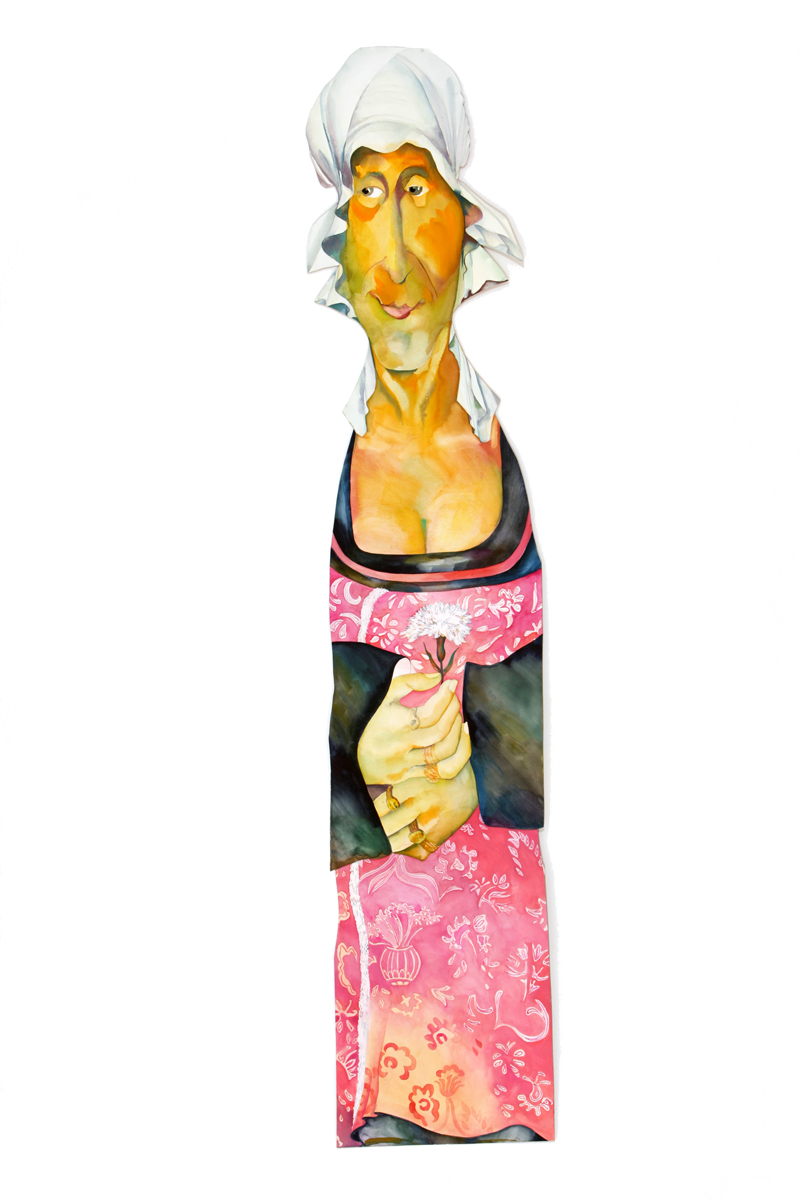 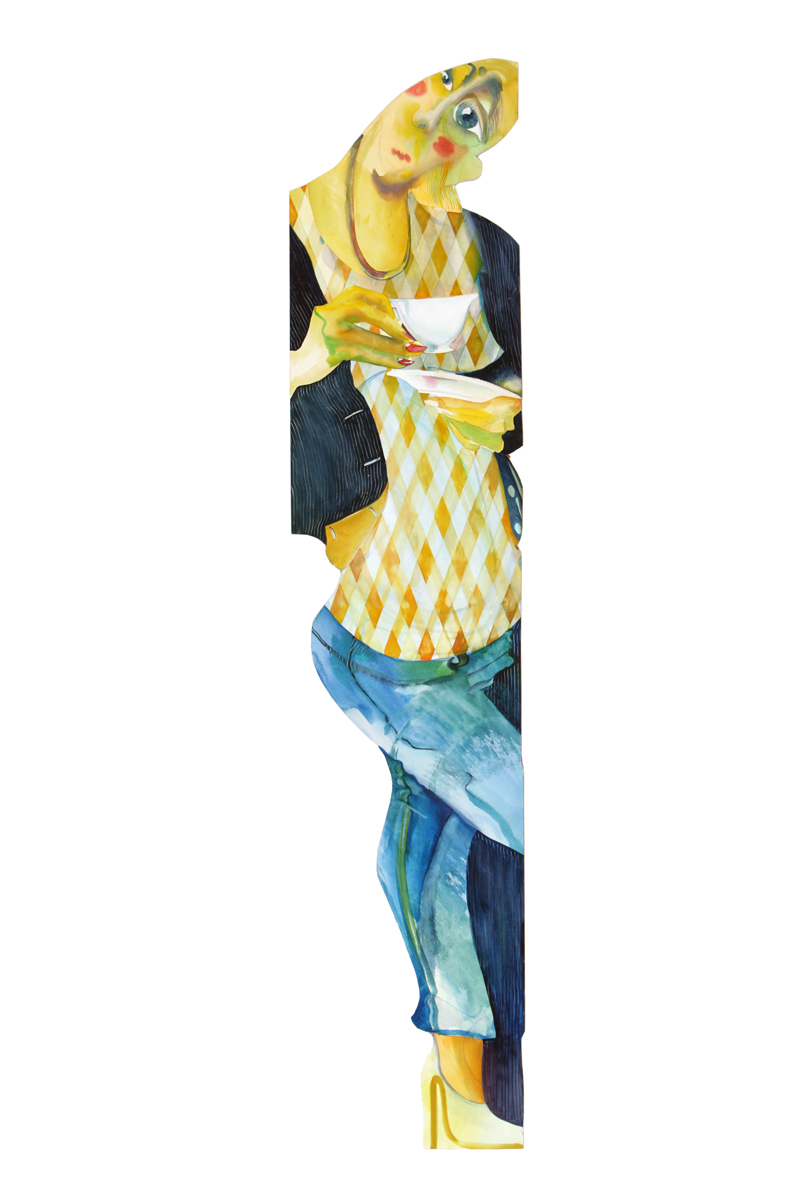 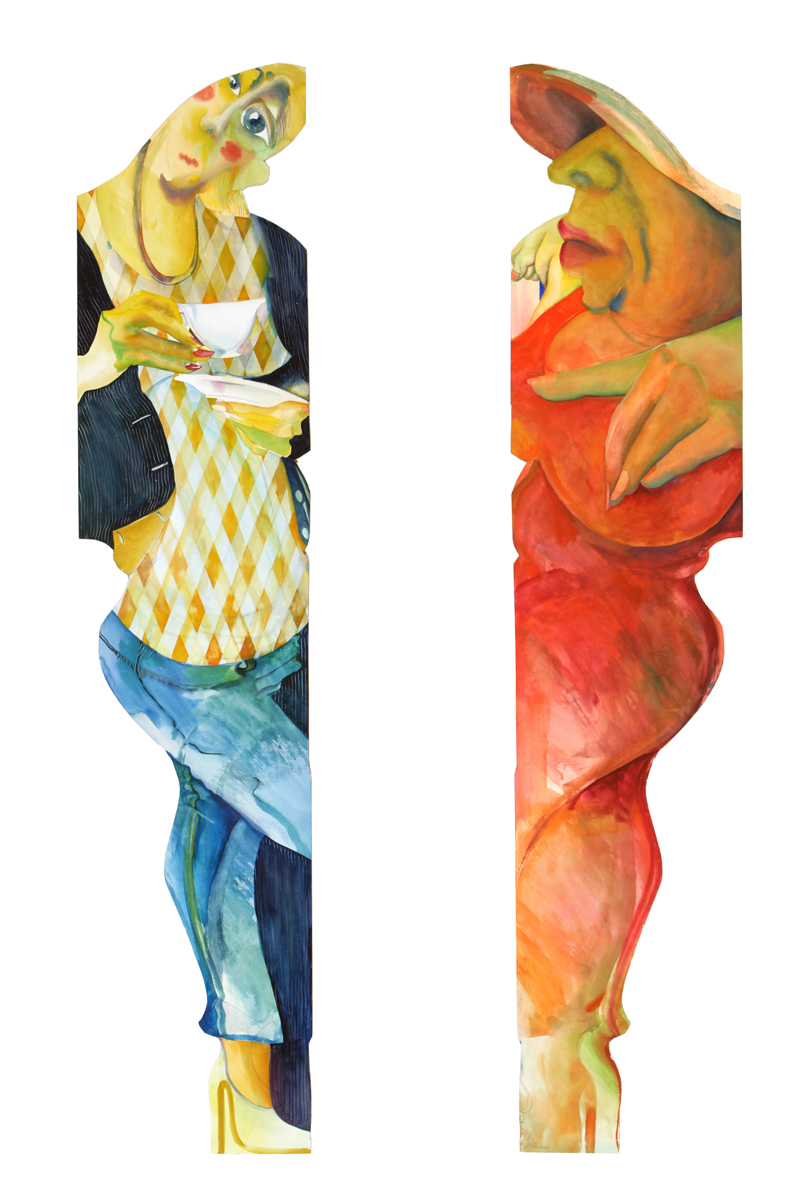 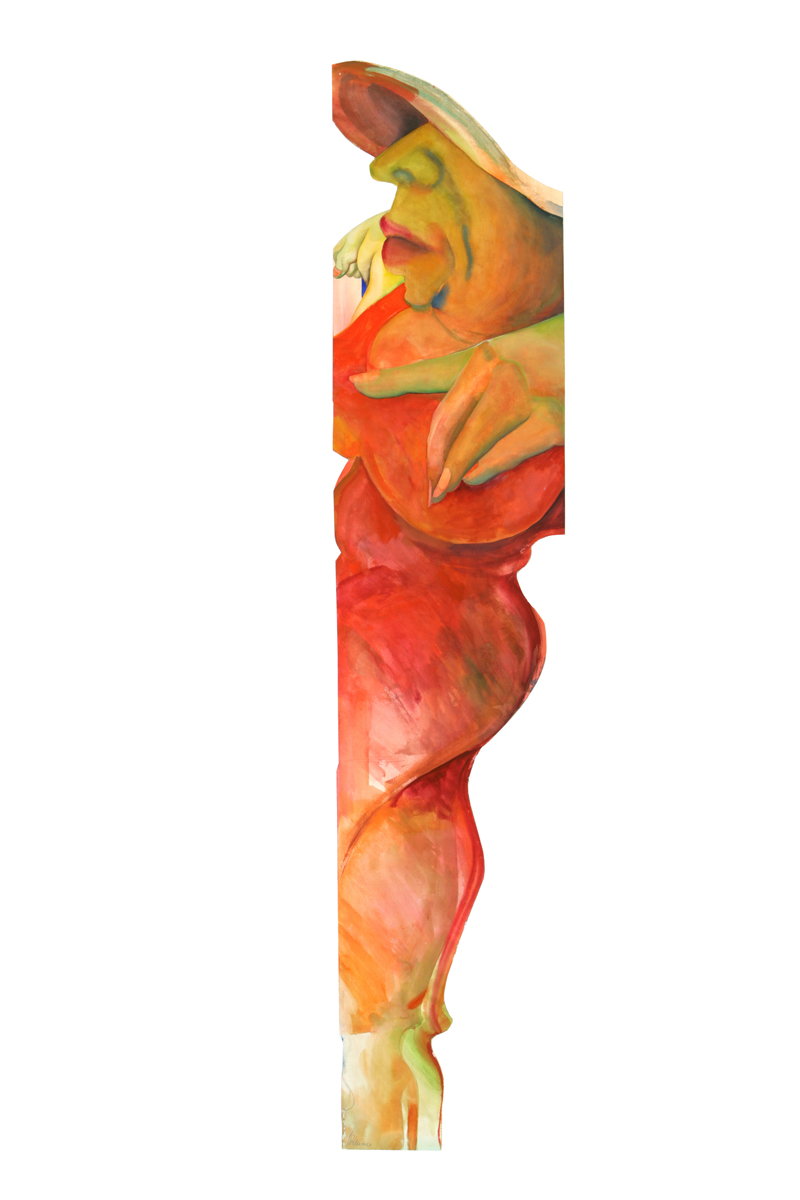 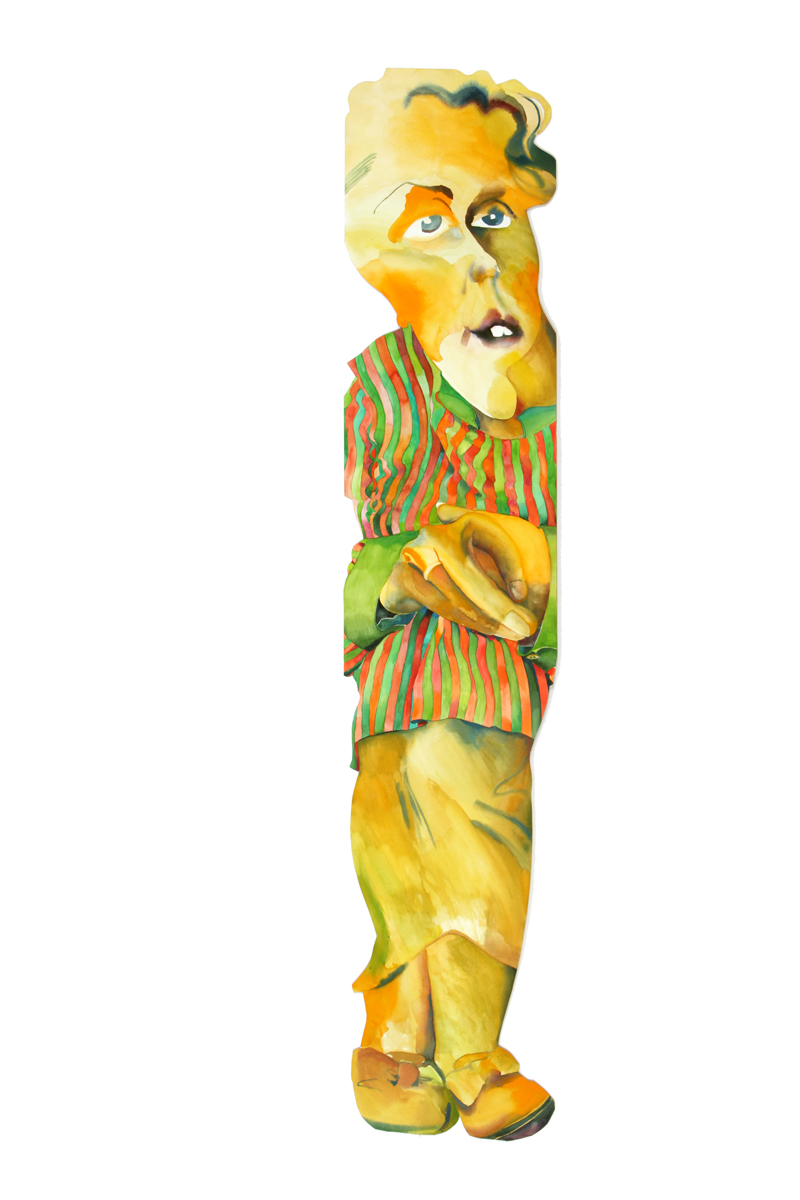 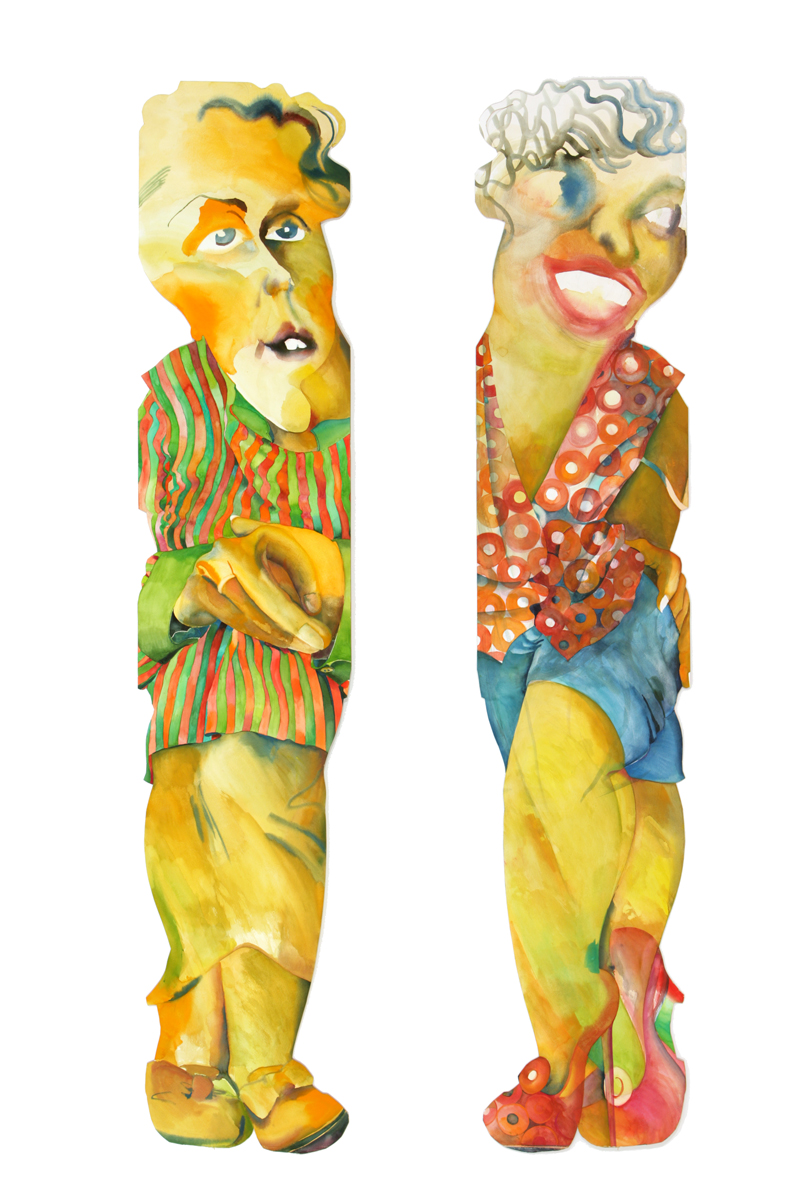 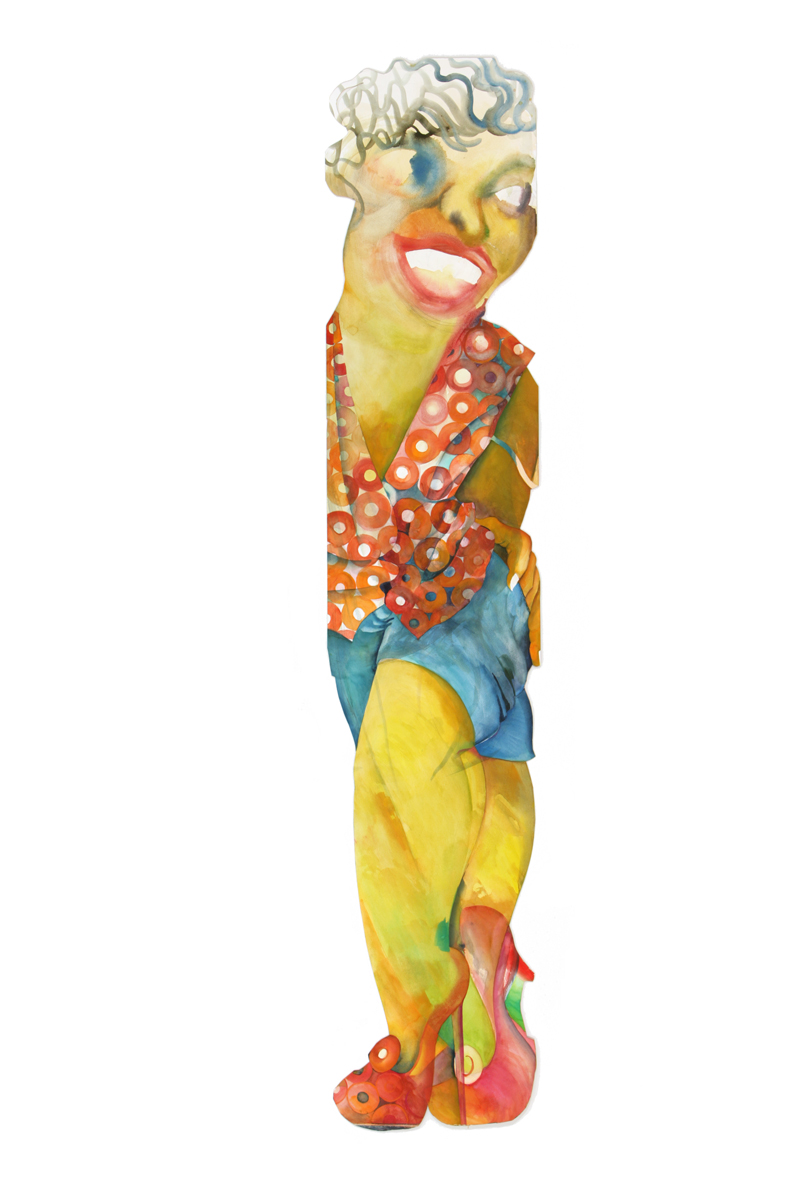 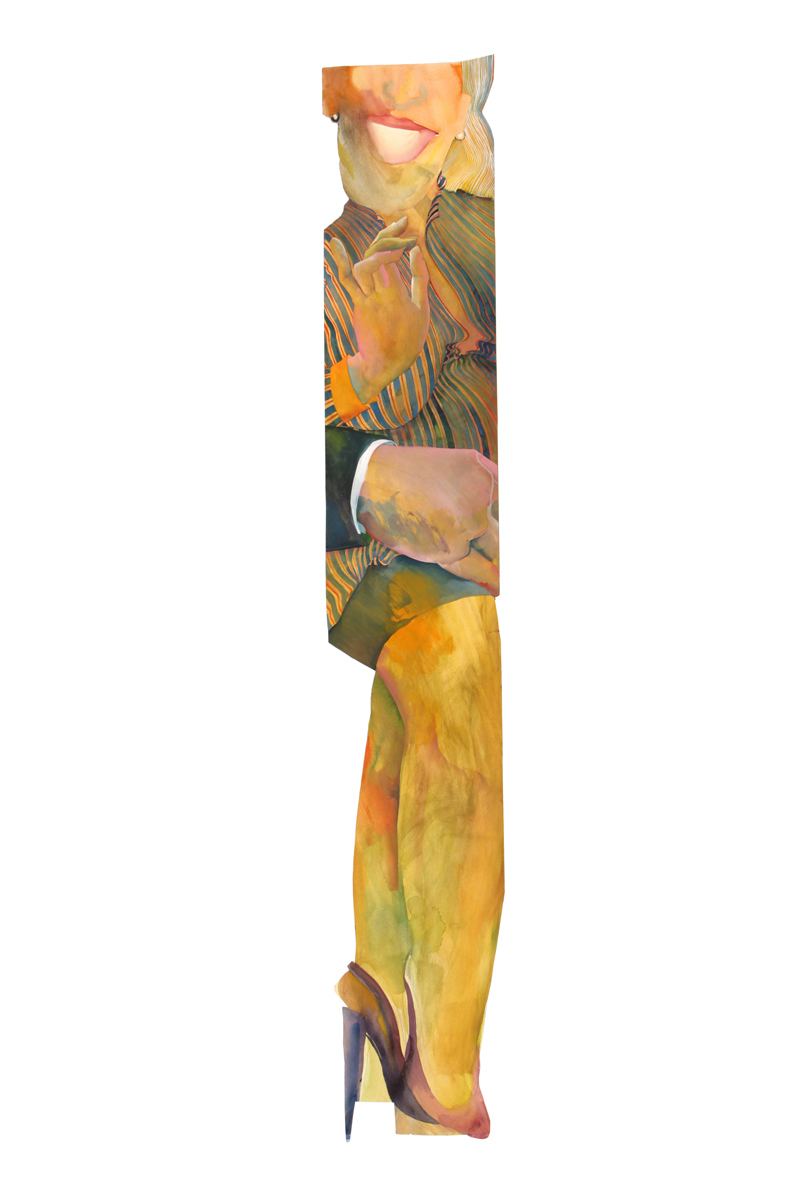 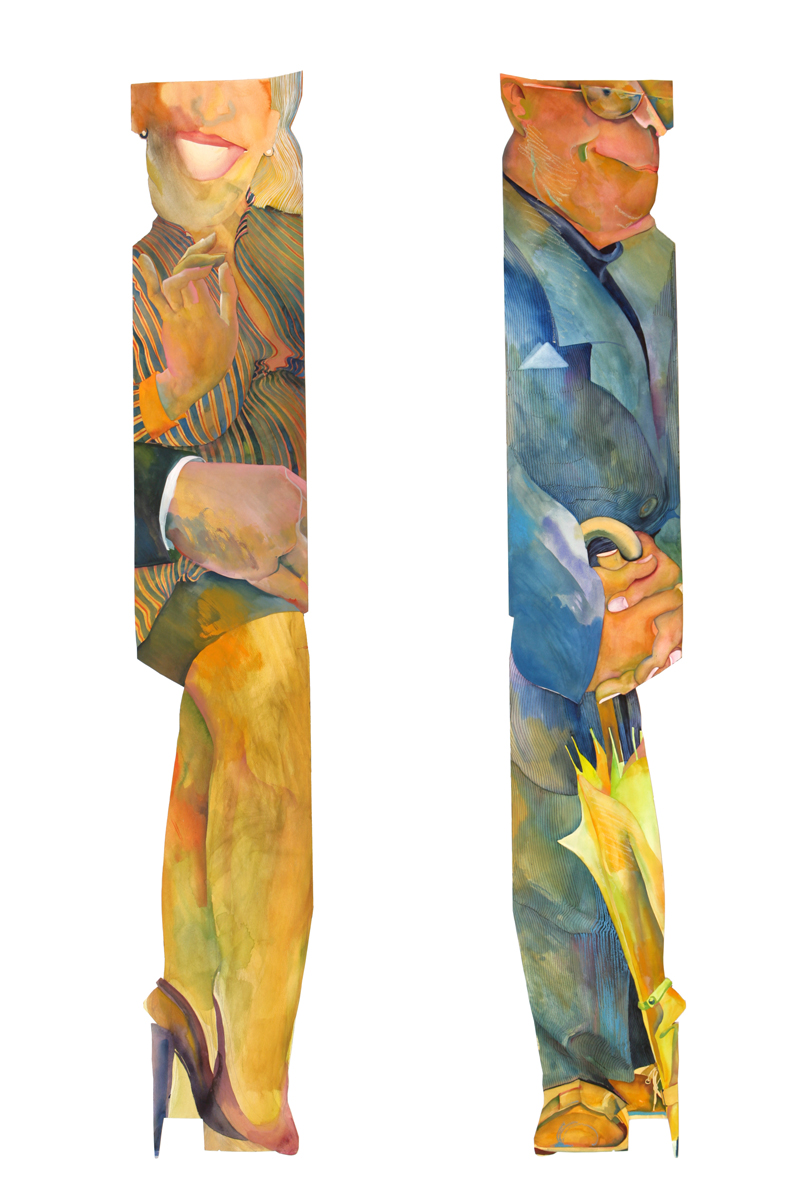 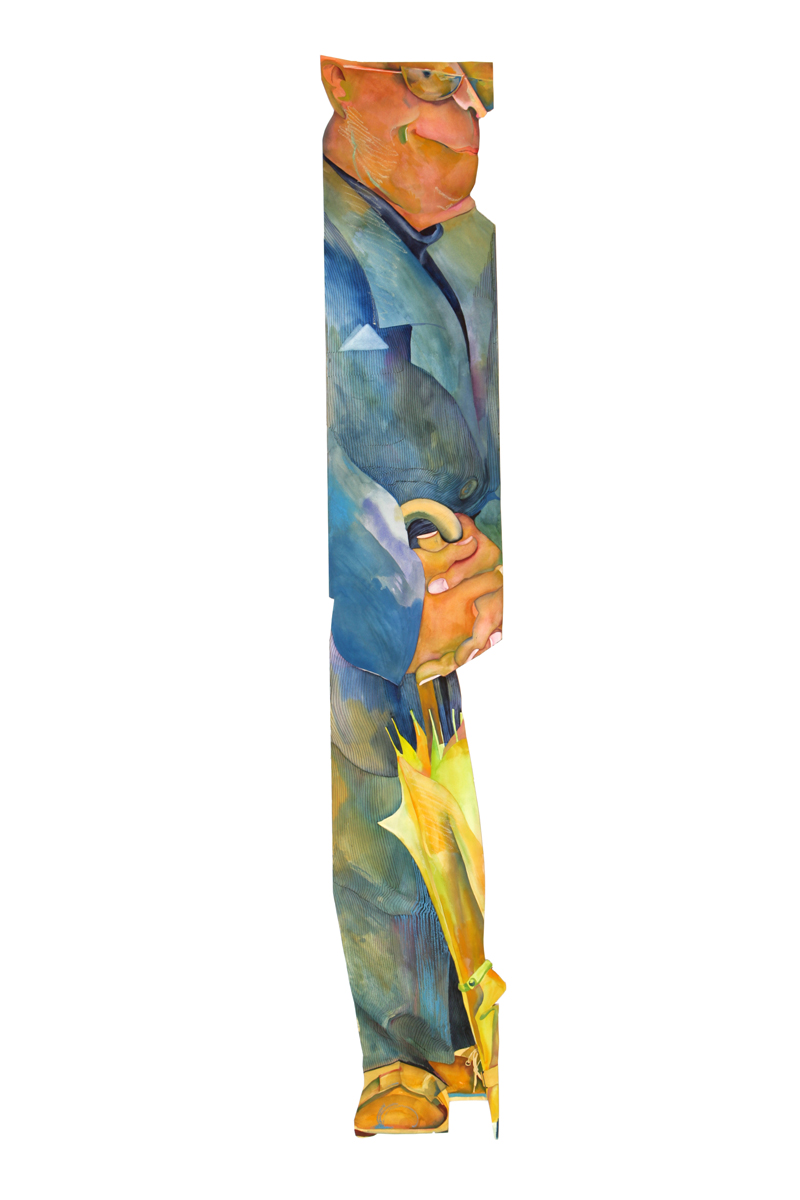 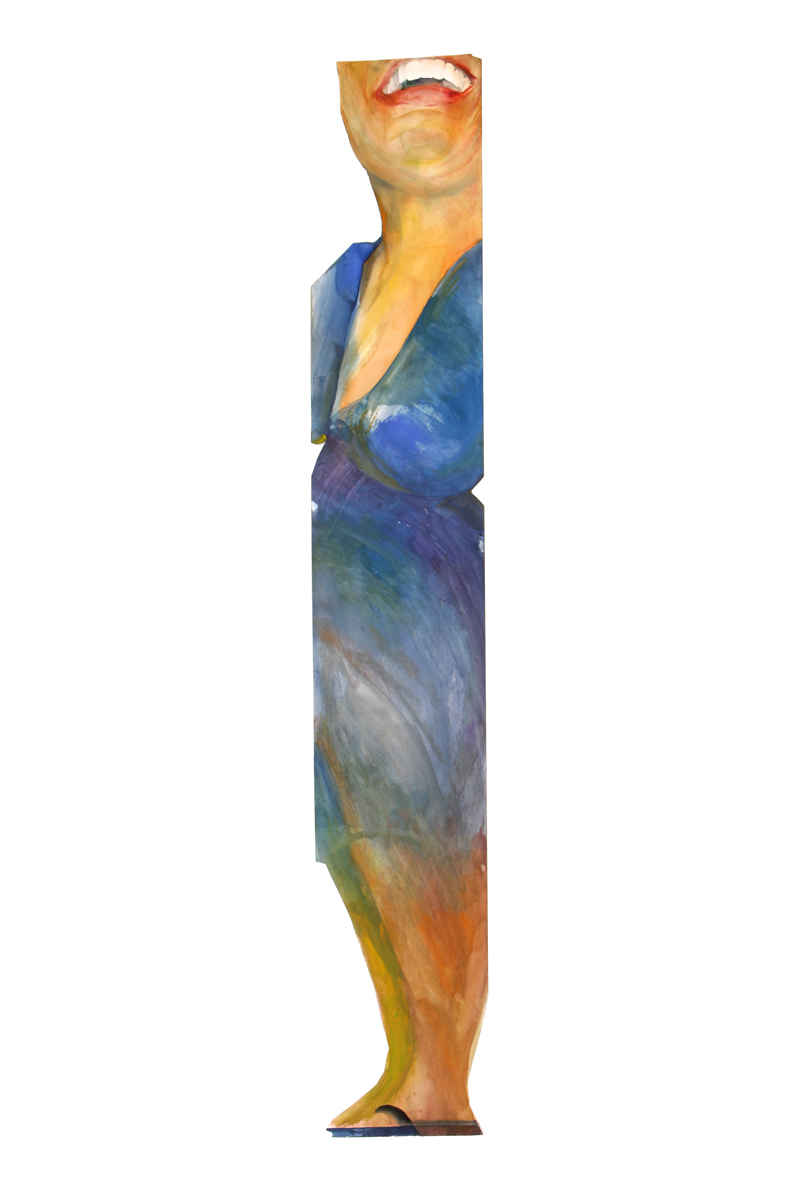 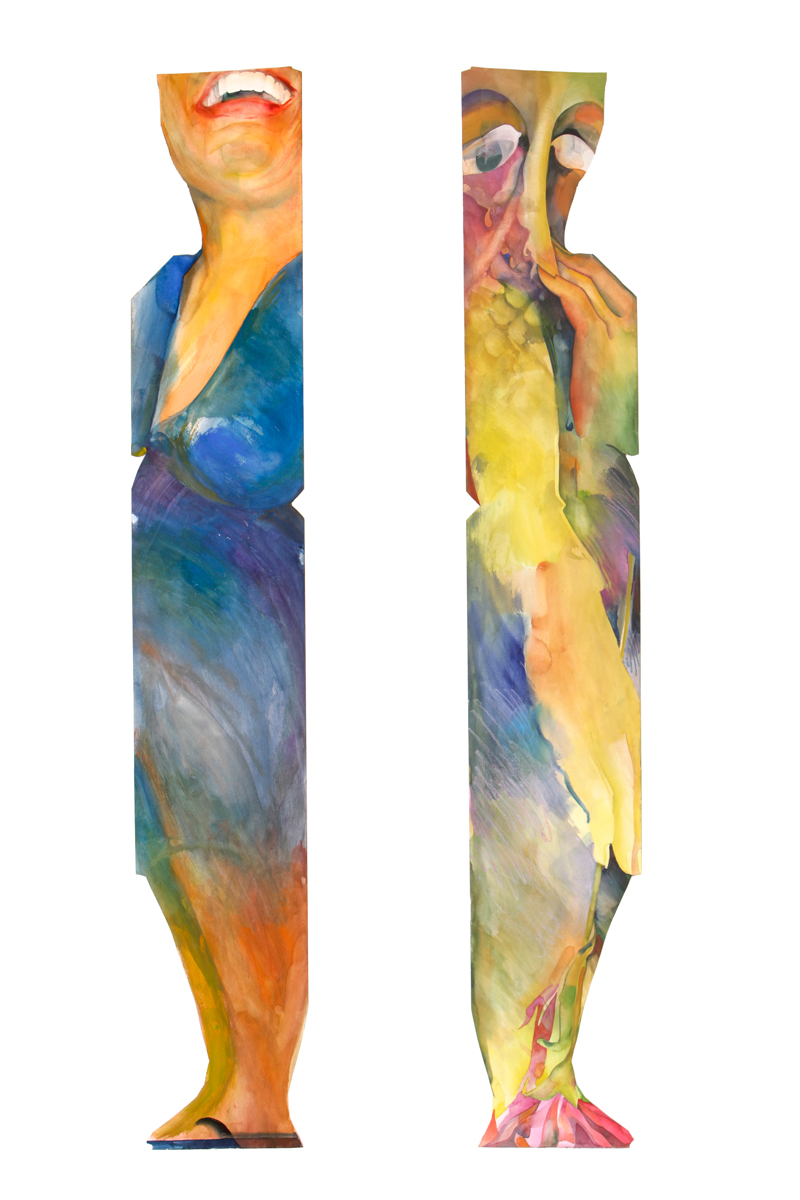 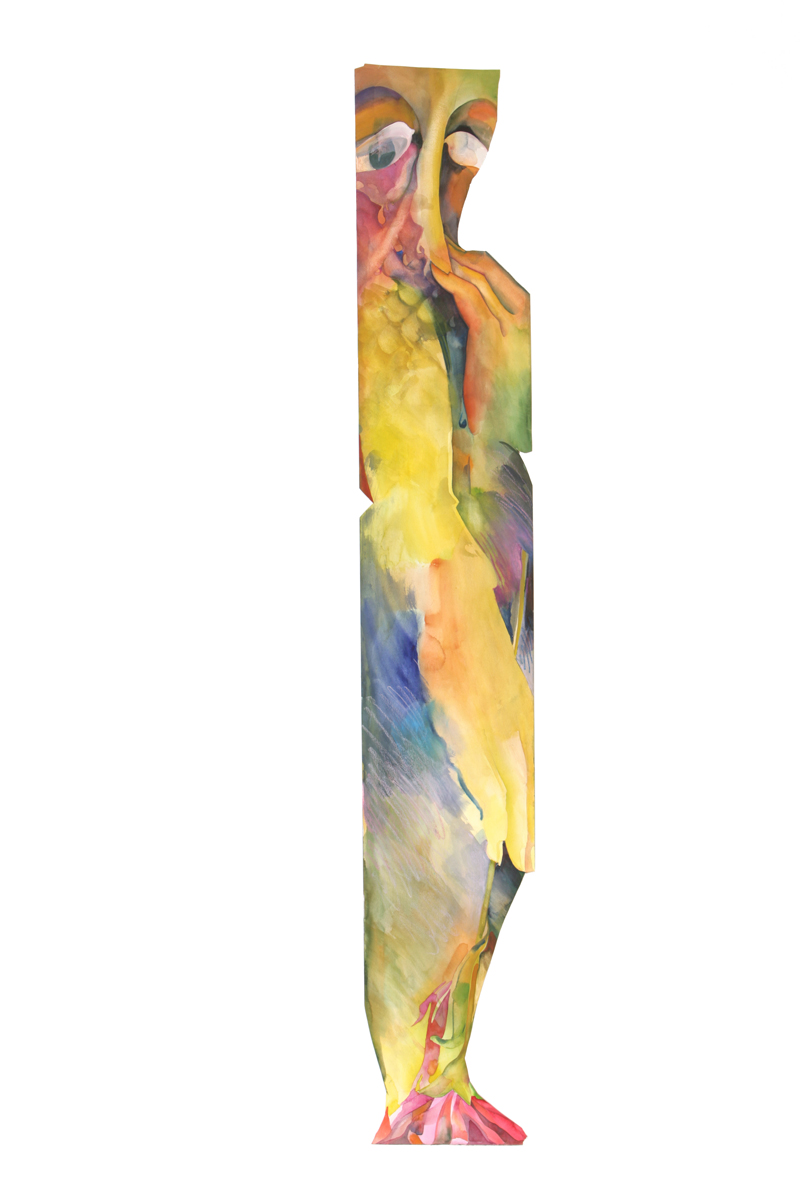 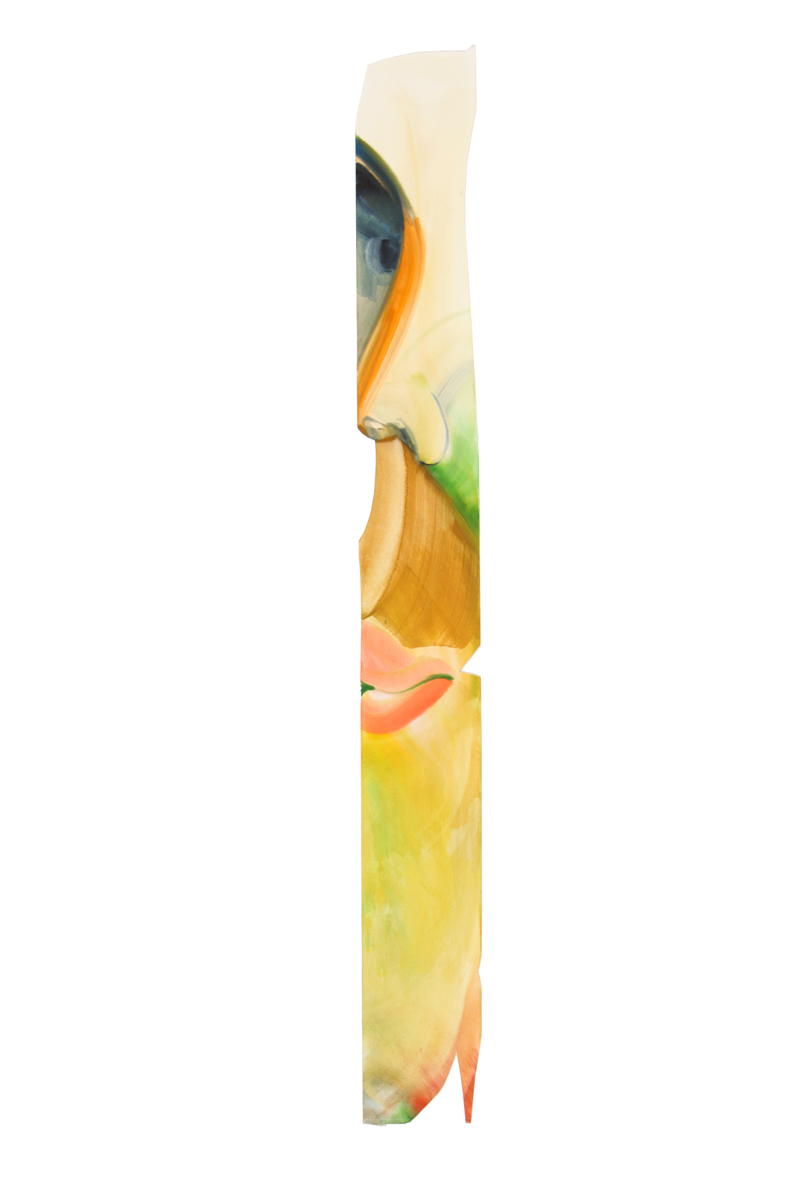